Leonardo has buried a time capsule, designed and manufactured by the company's trainees, at its Yeovil site, with the intention for it to be dug up in 100 years’ time. 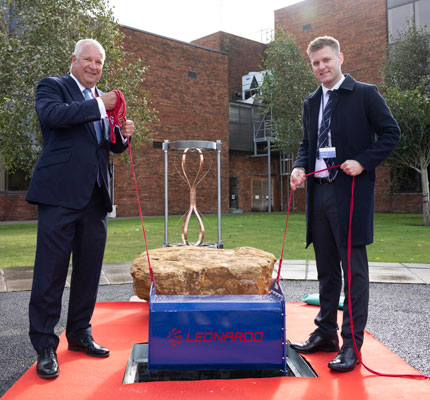 The time capsule project was the brainchild of first year Procurement and Supply Chain Graduate, Jordan Goble, who has worked with a team of other Leonardo Helicopter graduates to bring the plan to life.

The time capsule – filled with items representing Leonardo UK in 2021 – has been buried at a prominent spot at the company's Yeovil Lysander Road site.

“The idea was to immortalise the pride that the people working here at Leonardo have for the technology they produce.” says Jordan. “We also wanted to capture their experience of the present world, along with their hopes for the future. 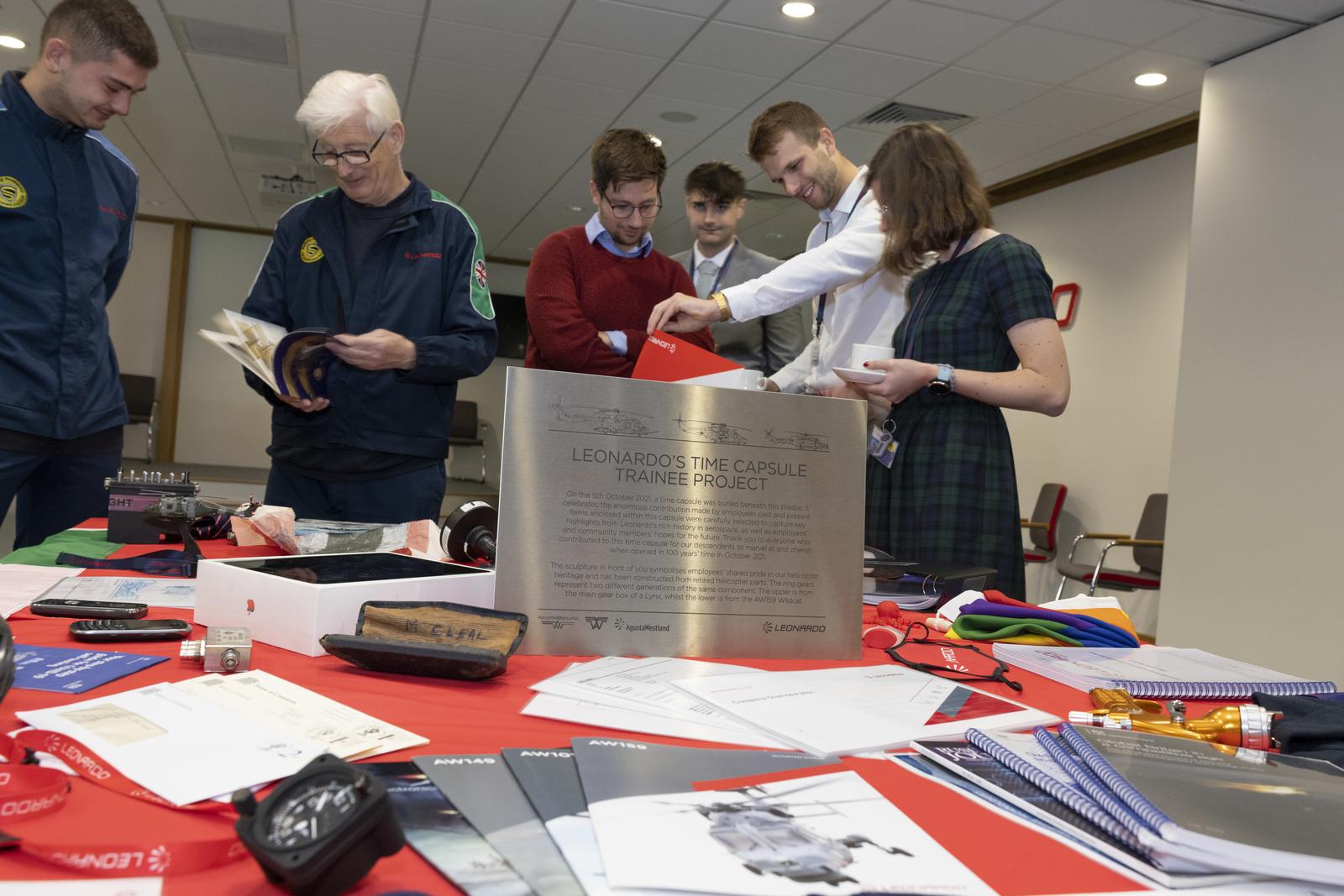 “Now feels like an appropriate moment to capture, given the challenges of the past 18 months, and the resilience and resourcefulness demonstrated by our colleagues during this unprecedented time of pandemic.”

Employing its first apprentice back in 1916, Leonardo has always been committed to developing future generations of engineers, and as part of the project, the company ran a competition for students from 38 local schools to predict the aviation technology they imagine will be flying in the year 2121.

More than 250 entries were received in total, with entrants considering how their aircraft would be used, its fuel type, capacity, materials from which it is made, and the climate it will operate in. Entries were drawn, painted or built as models.

The winning designs, which have gone into the time capsule, were:

With a rich history of producing some of the UK’s most significant aircraft of the last 100 years, the time capsule represents the company’s ambition to keep the Yeovil site at the heart of the local community and at the forefront of UK aerospace innovation long into the 22nd century.

The Rescuer (for wildlife) By Florence, age 9

Welcome to Leonardo in Yeovil

Welcome to Leonardo in Yeovil

Leonardo’s association with Yeovil dates back more than a century, since the Westland Aircraft Works was established in 1915. Today, Leonardo Helicopters is based in Yeovil, with nearly 2,800 employees producing helicopters on site such as the Super Lynx 300, AW159 Wildcat and AW101 Merlin.

More about Leonardo's presence in Yeovil

We offer job opportunities at our Yeovil site covering a variety of job roles at all levels – from interns and apprentices to highly qualified professionals – including engineers, programme and project managers, IT business analysts and many more.

Click here to view our latest roles in Yeovil

Leonardo makes a significant contribution to the UK economy, as it has done since late the 19th century, through its various guises. Over this time, many companies have merged and been acquired, culminating in the establishment of Leonardo in the UK in January 2017.