Having flown the traditional Pride flag across our UK sites throughout Pride Month in recent years, 2022 has been the first year that we’ve flown the Progress Pride flag – designed in 2018 by non-binary artist Daniel Quasar. This is a step forward for the LGBTQ+ community, since the flag highlights the trans community as well as the ethnic minority community members, through the use of different coloured chevrons.

For the trans community, and as a trans person myself, it has been an ideal time for us to visibly show support to these members of staff. This has not just been done by flying the Progress Pride flag, but through events we’ve hosted during June. 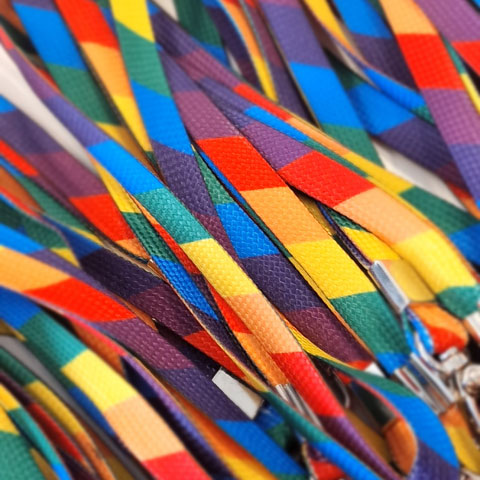 Our T and Biscuits community meet and greet was specifically for trans colleagues, though open to everyone, since it allowed people to ask questions, share views and find out how best to support their trans colleagues. We have also hosted EqualiTEA – a community get-together giving Pride network members the chance to build ties and have a conversation about being LGBTQ+ at Leonardo – and we invited the Pride co-chair at MBDA, Ricky Hood, to be a panellist on our ‘Ask us anything’ session. Since Pride Month also coincides with Carers Week, we collaborated with the Carers Network Group to highlight the challenges faced by LGBTQ+ carers and the available support.

This year is the 50th anniversary of first UK pride march, which took place in London on 1 July 1972. Over the past five decades, we’ve come a long way as a community, country, company and industry, in raising awareness of LGBTQ+ issues and creating greater acceptance of people who are identify as part of the community.

At Leonardo we know that our Pride activity is part of a long slow change that we’re aiming to achieve. Even if we’re reaching one extra person each time we host an event or celebrate Pride Month, that’s one more person who has learnt something new, enabling them to feel more comfortable about being LGBTQ+ at Leonardo and wanting to stay within the business. For allies, it also enables them to be more confident about supporting someone who comes out to them.

This wider support by allies has been reflected in the positive take-up of rainbow lanyards which were extremely well received across Leonardo’s UK locations. Furthermore, it was really encouraging to receive a special request from our team at RAF Rollestone who requested rainbow pin badges for all 30 of our staff based there. This aligns with our ongoing activities and support to Pride in Defence. Looking ahead, we plan to strengthen our ties with the recently created ‘Fighting With Pride’ charity, which supports the health and wellbeing of LGBT+ Veterans.