In the second of a two-part series analysing the survivability of Leonardo's latest-generation AW149 multi-role helicopter, we move beyond the airframe and the inner layers of the ‘Survivability Onion’. We will now focus on explaining how a reduced exhaust Infrared signature, next generation Defensive Aids System and external weapons options will protect the aircrew and aircraft by avoiding detection and engagement in the most severe operational environments.

The greatest single threat to helicopters are Man-Portable Air Defence Systems (MANPADS), commonly referred to as shoulder-launched Surface-to-Air Missiles (SAMs). These weapons are available in large numbers, can be fired from almost anywhere, have a high lethality and can reach their target in just a few seconds. 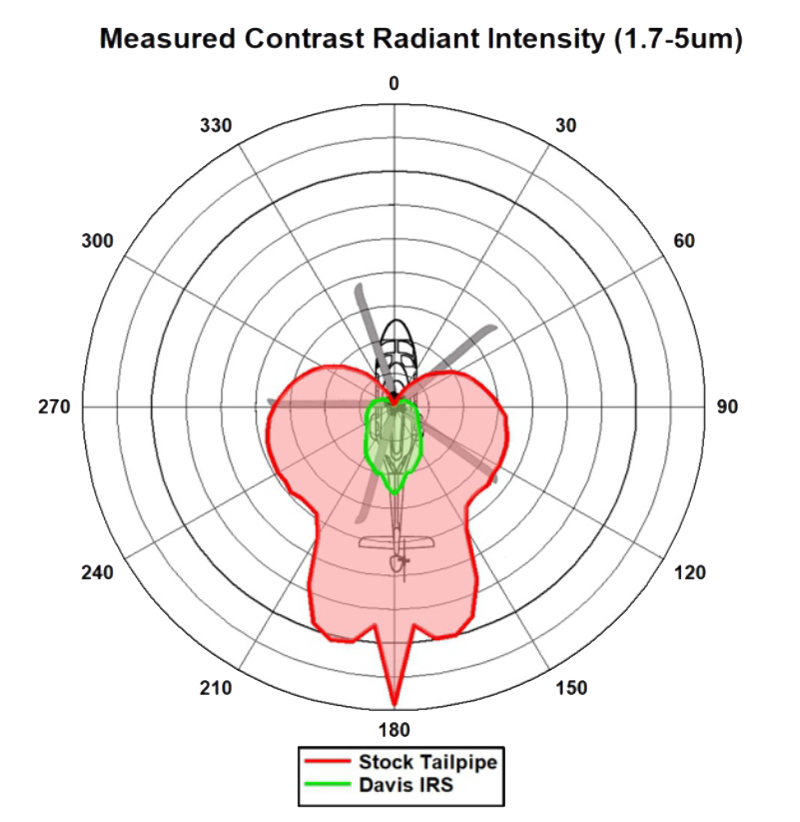 Over the past two years, Leonardo has worked with colleagues at Davis Engineering to design, develop, qualify and manufacture a new infrared (IR) suppression system to reduce this significant threat. IR suppression provides dual benefit: it reduces the range at which an IR missile can detect and lock onto an aircraft, and improves the effectiveness of aircraft countermeasures by increasing the signature strength relative to the aircraft.

"We’ve recorded over 35 test and evaluation flying hours with this installation on-board the AW149 and the results have been really impressive, delivering a 75% reduction in Band IV IR signature recognition, at all azimuth and elevation angles around the aircraft. This reduction is of vital importance when it comes to reducing vulnerability from heat-seeking missiles, because Band IV IR is the wavelength that these missiles typically lock onto," explains Mark Burnand, Chief Test Pilot at Leonardo Helicopters UK.

The animation above compares the baseline IR signature of the AW149 and same signature using the Davis IR suppression system. From all angles, the engines emit a heat signature from the rear of the aircraft that is significantly reduced with negligible effect on engine operation and aircraft performance; less than 1% power loss measured at maximum continuous power.

However, the UK Ministry of Defence’s (MOD) New Medium Helicopter (NMH) requirement and the timeline for delivery represent an opportunity to further leverage UK onshore R&D activity and benefit from development of the next generation DAS. As such, work is already underway with Leonardo’s Electronic Warfare experts based in Luton to integrate this next generation system onto the AW149.

"This is the fundamental design methodology behind MAPPS – providing flexibility in the system architecture to introduce new sensors and effectors, as well as operating extant the sensors and effectors in novel ways to counter the specific threat – maximising the use of RF, electro-optic IR and laser countermeasures to an NDAS standard of platform protection."

From a UK perspective, the MOD, Defence Equipment and Support (DE&S) and Defence Science and Technology Laboratory (DSTL) have recognised the need for this next generation air survivability (NGAS) capability. Leonardo holds a Strategic Partnering Arrangement with these organisations to ensure that the company’s capability and spiral development of its platform protection system are aligned to whichever platform this capability is applied.

In the summer of 2022, the UK MOD highlighted the three strategic partnering arrangements with Leonardo, Thales and Chemring Countermeasures, which together are Team Pellonia – a collaborative national enterprise approach to delivering UK NGAS solutions.

External precision weapons can be employed to suppress adversaries and in doing so avoid engagement. Alternatively, they can be used offensively in support of achieving the mission.

In this respect, the AW149 is a true multi-role helicopter that can provide fire support, both to protect itself and to help troops on the ground while they are conducting operations.

As part of a wider weapons envelope expansion trial, AW149 firing trials were conducted earlier in 2022. This campaign involved detaching a large test team to a military range in order to optimise the firing solution of both free flight and laser guided rockets. This saw the AW149 complete 70 flight hours of firing trials, with over 200 rockets fired both singularly and in various salvos (a salvo in this sense refers to multiple rockets being fired from the aircraft in quick succession at a single target) by both day and night and from various ranges, heights and approach airspeeds.

Mark details the importance of the trials. "They allowed us not only to establish a safe weapon release envelope, but also enabled us to look at the performance of the weapon systems itself and the optimisation of the integrated mission and weapon system that give the AW149 a natural multi-role battlefield capability,” he explains.

"As part of these trials, we also looked at the use of the AW149 tactical radar and Electro-Optical Device to enable rapid and efficient acquisition and prosecution of targets. The AW149’s open architecture allows us to rapidly develop, integrate and modify these capabilities for varying operational requirements."

The AW149’s inherent stability, combined with agile handling qualities, allows pilots to quickly bring weapons to bear or rapidly manoeuvre away from enemy threats. This superior agility for a medium helicopter also allows the aircraft to be manoeuvred aggressively during low level high speed transits, masking its position with terrain and further avoiding potential MANPAD engagements.

Mark adds: "The predictable and agile handling qualities of the AW149 allow the pilot to quickly and accurately position the aircraft in support of any battlefield mission profile; it is an outstanding aircraft to fly, with the perfect combination of manoeuvrability, stability and power."

During the firing trials, the AW149 was heavily instrumented and Leonardo gathered a significant amount of data from the engines and the airframe. Successful completion of these complex test campaigns allows Leonardo to further expand the weapon flight envelope, which, in turn, enables current and future operators of the AW149 an even more lethal capability.

AW149 – A multi-layered approach to survivability

In summary, battlefield survivability is at the heart of the AW149’s design. Designed from the outset to meet a wide range of demanding missions on the modern battlefield, the AW149 provides a layered approach to survivability, including:

While some elements of survivability can be improved with the addition of role-fit mission equipment, this two-part series has highlighted that it is not viable to retrospectively modify existing aircraft – if not conceived during the original design – to meet military requirements. The AW149 was designed from the outset to survive on the modern battlefield. 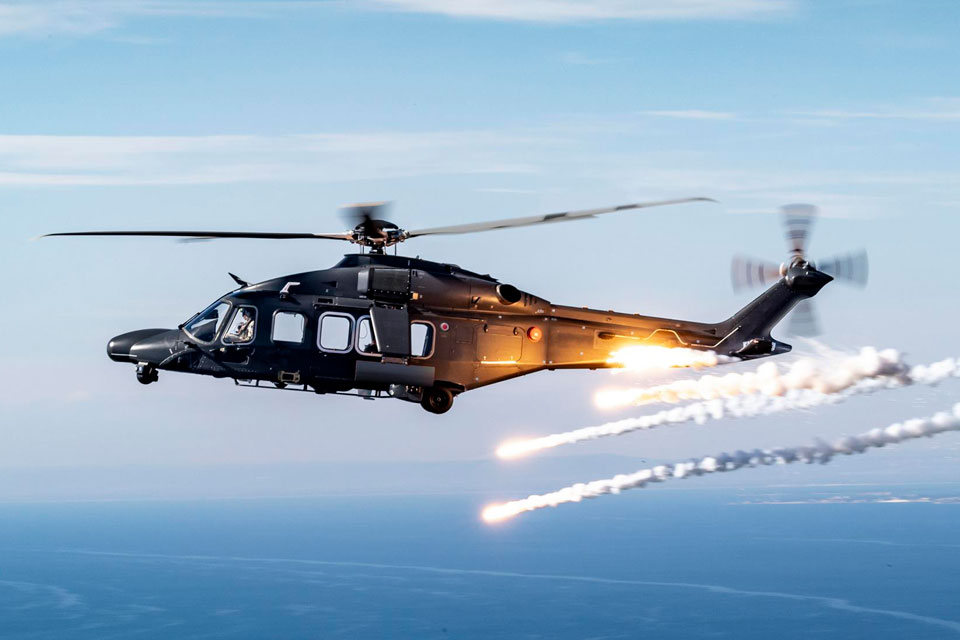 In the first of a two-part series analysing the Leonardo AW149 multi-role helicopter's survivability, we look at how the platform was designed with battlefield survivability in mind, with a focus on the airframe’s crashworthiness and minimised susceptibility to enemy fire, in addition to its unparalleled gearbox run dry capability.

Read the article in full

Military helicopters must be equipped to perform the most demanding missions in the harshest operating environments. The AW149 is the latest generation medium multi-role battlefield platform that delivers the highly effective and survivable capability required by today’s armed forces, combining advanced technologies, equipment and weapons with unparalleled safety and performance characteristics.