Richard is the inventor of the Gravity Jet Suit, powered by 1,050 BHP, which allows the pilot to take to the skies and fly. He demonstrated this innovative technology to a small team at Leonardo. He and his team have also showcased this inspiring technology to audiences at over 100 events across 34 countries since launch in 2017. Gravity has also demonstrated to Armed Forces around the world, including recently undertaking a testing exercise of the Jet Suit over rough seas with the Royal Marines.

Engineering is in Richard’s blood; his grandfather, Sir Basil Blackwell, was Chief Executive of the-then Westland Aircraft in 1974 and Chairman of Westland Helicopters from 1976-85, and his other grandfather was a wartime and then civil pilot. His parents also have links to Leonardo’s site in Yeovil, where Richard’s father was an aeronautical engineer.

During his visit, he was shown Leonardo’s latest generation medium lift multirole AW149 helicopter, which Leonardo is pitching to the UK Ministry of Defence for its New Medium Helicopter requirement. The battlefield platform is reconfigurable for a wide range of demanding missions in the most severe operational environments.

From Sherborne in West Dorset, Richard, a former oil trader and ex-Royal Marine Reservist, has always had a passion for aerospace. On the visit to Leonardo, Richard commented: “It was a privilege to visit Leonardo and demonstrate not only one of our Jet Suits but also experience the fantastic new AW149.”

Lee Evans, Test Pilot at Leonardo Helicopters (UK), said: “I enjoyed talking to Richard about the control strategy to hover a Jet Suit compared with a conventional helicopter and sharing flight test experiences. I hope to one day try out the Jet Suit.” 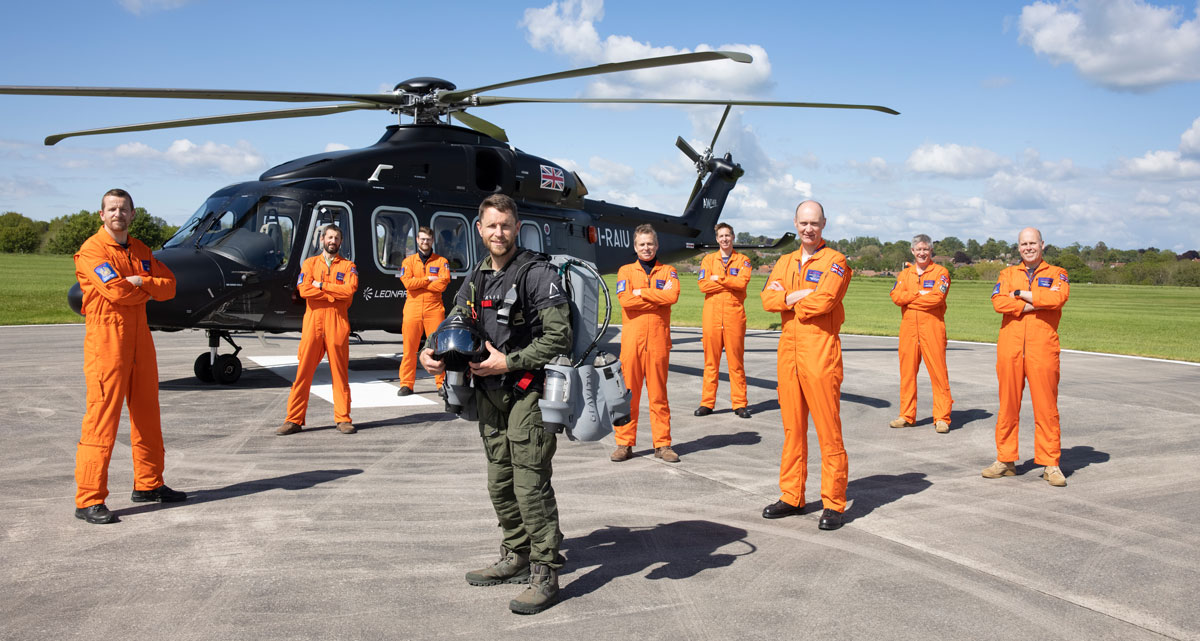